I Wonder What Happened To...

I've wrtten before about some of my previous work as a Head Teacher in a Pupil Referral Unit. Here's a story from the mid 1990's: just a date, the narrative continues. 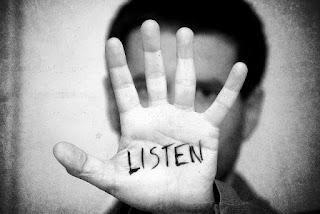 We had a mixed group of troubled young people at our centre and the labels didn't mean very much-labels have a tendency to damn the future rather than to explain the past.

When working with troubled kids, there were a few things we did know and "Thing One" was, don't leave them unsupervised (stuff kicks off very quickly!).
I didn't insist on very much from the staff, having a great team for me meant helping them to do their job and we had a few conventions in place to help. The big one was that everyone's "stock-box" (pens, pencils, rulers....that sort of stuff), was replensished daily and before we started teaching. That meant that if an uncomfortable situation was gathering pace, the class teacher might send one of the kids down to the office for a piece of stock-this was a signal that some help was needed and we would take it from there.

Teaching started at 08:45 and at 08:55 one of the learners from Bev's group came down for some staples. I went up and Bev handed me a note

"Chris is in an awful state today!!"

I asked Chris to come with me to the office: I asked him how his week-end had been-

Me: Have you had any breakfast, sleep...that sort of stuff, Chris?

Chris: Nah, it's been a bad week-end.

Me: Sit down there Chris, I'll sort something out

...and in a few minutes he'd had some tea and toast and a few minutes later he was asleep and stayed asleep until 13:00. When he awakened we had version (a) restored. More tea, more toast-he was on a reduced programme and went home at 13:30 ish.

Chris had a chaotic homelife, a co-depedent relationship with his mom whose drug and alcohol abuse were accompanied by a number of fee paying sexual partners, some of them stuck around for a while and most of them didn't. Chris seldom had clean clothes and frequently stank of weed.

Chris: (to me on another occasion) It's like this Sir, she has these blokes round and they start on the rum and she gets off her face on this and weed and I have to look after her, I can't stop it but if I'm awake and around maybe that wont hurt her....it's a fucking mess, Sir. They don't want me around and I've said I'll stab 'em if they don't fuck off....

Agencies had tried their best and we were the first educational setting he'd stayed at for anymore than a couple of weeks. Social services were reluctant to take him into care, given that he would almost certainly abscond and there were real concerns about the impact of the decision on his mom's safety.

We all knew what was needed but there was no capacity to deliver the complex support package required to even give us a chance of making some positive impact beyond "rescuing the present in the hope that the future might bring us better times." This did nothing to

Chris continued with us for a few weeks more until he and his mom joined the ranks of sofa-surfers, the invisible, the troubled and troubling. He was never heard of again by our service and I remember him not for the version (b) Chris, but for the version (a). When the light shone from him it was brilliant and so was he: this was a light that at that time was reduced by circumstances beyond his or his mother's control. 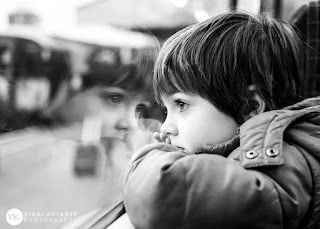