Have Your Intentions to Evaluate Others Made You Re-Evaluate Yourself?

After some discussion we were invited to evaluate an event called Deaffest . It's an annual celebration of Deaf Culture with an emphasis on creating Film and Arts events. It oversees and awards process and is like all of us, progressing into the rapidly shifting world of Multi-Media. It takes place at The Light House in Wolverhampton, a superbly restored building that has been part of the process since it began in 2006 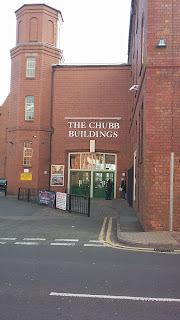 and without giving too much away-the Lighthouse is spoken of with great fondness by the people we talked with.

Our evaluation process is about so much more than ticking boxes. With its roots in the philosophy of Appreciative Inquiry we have constructed a question led approach that allows people to "Build their story through a conversation," rather than respond to a series of questions and prompts that don't always reach as far as we would like them to, 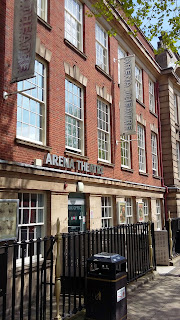 There was a fantastic vibe about the place and beyond-some of which is the outcome of a powerful partnership with Wolverhampton University who sponsor the event and provided a number of Trainee Interpreters. The Theatre venue was provided by Arena Theatre and was the focus of some powerful and thought-provoking work.

Throughout the event there existed feelings of acceptance, pride and openness communicated through the arts. Our evaluation will refer to a powerful conversation with a deaf actor who talked with great passion about the possibilities presented by combined hearing/non-hearing theatre workshops.
The event led me towards some significant self reflection around what really matters in a world of often conflicting priorities: our emergent evaluation has begun to consider the Social/Emotional value of the event and we will develop this further. Most importantly it must capture the spirited "outward facing inwardly proud" deaf community that provides the most powerful alchemy to the process. It is they who bring the "Soul of Deaffest" into life and being!

I’m often asked about by clients and colleagues alike about what the secret is to helping people achieve something that matters to them. What I’ve found is that we sometimes have to assist our clients in understanding the powerful importance of their proposed decision and to do this we need to ask 4 questions: 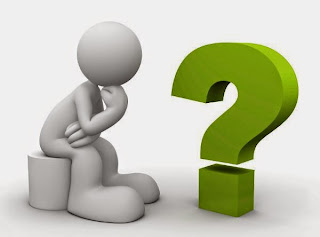 Easy eh? No! Well, the first two are but then it gets complicated as we start to deal with negatives in Q3 and double negatives in Q4.

So how does it work in practice? Here’s a relatively easy example from working with a valued client who was exploring some work-life balance issues and wondering whether to address them. In answer to the above questions my client put the following:

Now, there are dozens of coaching themes that we can develop from the above responses and we hope you’ll agree that these four simple questions are a great way to explore what we might do and what is important to consider.

Why not give them a go yourself to see what it brings up? If you would like some guidance about how to approach this or want to have a chat about any other aspect of our work them please get in touch on 07984 409937 or email us at jpd@dy3solutions.mygbiz.com.
Posted by John Dooner at 11:53 No comments: